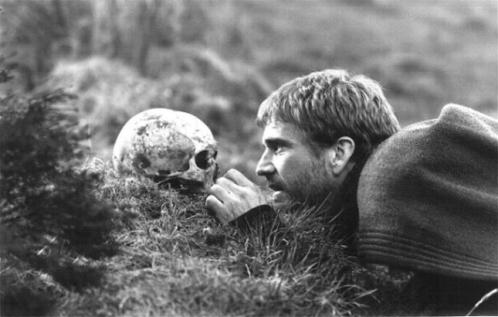 In 1998, the Government of Canada put three questions on Quebec's right to unilateral secession to the Supreme Court of Canada, one of which referred to the right of peoples to self-determination. The questions read as follows:

Question 1: Under the Constitution of Canada, can the National Assembly, legislature or government of Quebec effect the secession of Quebec from Canada unilaterally?

Question 3: In the event of a conflict between domestic and international law on the right of the National Assembly, legislature or government of Quebec to effect the secession of Quebec from Canada unilaterally, which would take precedence in Canada?

These questions were severely criticized by the former head of the International Law Commission of the United Nations in a legal opinion. The renowned international French scholar Alain Pellet stated:

“I am profoundly distressed and upset by the partisan manner in which the questions are put and I take the liberty of suggesting that a court of justice has the duty to react to what appears to be a blatant attempt at political manipulation.”


Yet, contrary to all expectations and as constitutional experts have pointed out, the Court refused, in its August 28th 1998 Reference re Secession of Quebec to answer YES or NO to the questions put to it. And, rather than simply denying Quebec's right to declare independence unilaterally and state that international law on the self-determination of peoples did not recognize the right to unilateral secession, it noted that the federal and provincial governments had a constitutional and mandatory duty to negotiate should Quebec vote in favor of sovereignty. It also considered the question of the international community's recognition of Quebec's sovereignty, linking the two questions. It said:

“The corollary of a legitimate attempt by one participant in Confederation to seek an amendment to the Constitution is an obligation on all parties to come to the negotiating table. The clear repudiation by the people of Quebec of the existing constitutional order would confer legitimacy on demands for secession, and place an obligation on the other provinces and the federal government to acknowledge and respect that expression of democratic will by entering into negotiations and conducting them in accordance with the underlying constitutional principles already discussed.”


The advisory opinion of the Supreme Court hurt the federalists especially because it recognized that Quebec could turn to the international community if Canadian governments failed in their obligation to negotiate in good faith.

In order to circumvent the obligation to negotiate set out in the advisory opinion by the Supreme Court of Canada, the Parliament of Canada tabled on December 10th, 1999 an Act to Give Effect to the Requirement for Clarity as Set Out in the Opinion of the Supreme Court of Canada in the Quebec Secession Reference (Bill C-20). This federal initiative led to the passing of the Clarity Act on June 29, 2000 which purports to impose conditions on Quebec before the federal government fulfills its obligation to negotiate with Quebec.

The intent of the Clarity Act is to give the House of Commons the power to decide that a majority of 50% + 1 of valid votes cast is not enough to oblige the federal government to assume its constitutional and mandatory duty to negotiate. It also gives the federal government the possibility to shirk its constitutional obligation to negotiate if it feels that the question asked was not "clear enough" It's a masterpiece of legal sophistry, open to almost any interpretation.

In reaction to such a serious threat to the freedom of the people of Quebec to determine their future, the Government of Quebec tabled, on December 15, 1999, a bill entitled An Act respecting the fundamental rights and prerogatives of the Quebec people and of the Quebec State (Bill 99). With this bill, the government called on the National Assembly of Quebec to reaffirm Quebec's freedom to determine its own future.

In 2001, Keith Henderson of the Equality Party filed a motion in the Superior Court to strike down six sections of Bill 99. He alleges that Quebec, by passing these provisions, exceeded its powers and that Bill 99 caused Mr Henderson personal injury as a Canadian citizen. He argues that Bill 99 sets the stage for a possible unilateral declaration of independence, in violation of the Canadian Constitution.

For more than ten years the progress of this motion was hampered by judgments on inadmissibility in the Superior Court and the Court of Appeal. But these judgments were finally settled, so in May 2013 the Government of Quebec presented its defense.

In the fall of 2013, it was the turn of the Government of Canada to intervene in this dispute by presenting a position similar to Henderson's and arguing that Bill 99 must be invalidated. On October 23, 2013, the National Assembly adopted a unanimous motion denouncing the federal government's intervention in this matter, and reiterated its support for Bill 99. After some more delays, a Quebec court has finally begun hearings in this case.

What is being put on trial is the very notion of a distinct Quebec nation. Canada's position is clear. It wants to reduce the French-speaking nation to a simple ethnic minority, one among many in a multicultural Canada. There is no such thing as a Quebec people according to the Canadian Constitution. Keith Henderson wants assurances that our self-proclaimed right to self-determination will be crushed and that his "right" to be Canadian in Quebec will always prevail.

However, if Mr Henderson can't have our right to self-determination suppressed, and Quebecers choose independence, then he is in favor of granting this right to every neighborhood and street corner as he is a strong proponent of the partitioning of an independent Quebec. This partitioning, of course, would be done unilaterally. I'm sure Mr Henderson dreams of his own version of the Republic of Serbian Krajina somewhere out in the West Island.


We are often told that support for Quebec independence is low these days, and it is then inferred that this means a majority of Quebecers are content with being a part of Canada. However, a majority of Quebecers also believe that Quebec is a distinct nation with a right to self-determination. Canada has made it quite clear that it rejects this idea and it has gone to great length to undermine it.

One day, I believe the cognitive dissonance that many Quebecers live with will prove too great and something will snap. In the end, we will either have to affirm ourselves and declare that we are a sovereign nation, equal to all the other nations of the world, or we will have accept being nothing more than an ethnic group in Canada, and accept the slow assimilation that comes with this reality. The in-between position that many Quebec federalists try to hold is simply untenable.

Based on a speech by Daniel Turp from February 2, 2001

Posted by veritasEtjusticia at 8:52 AM